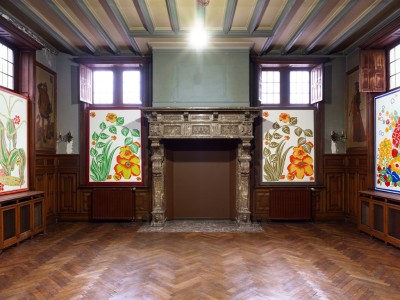 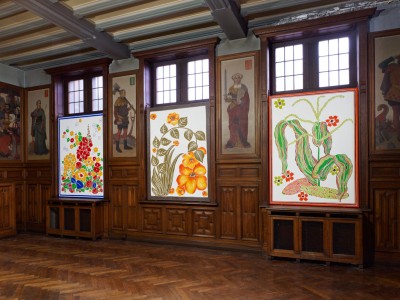 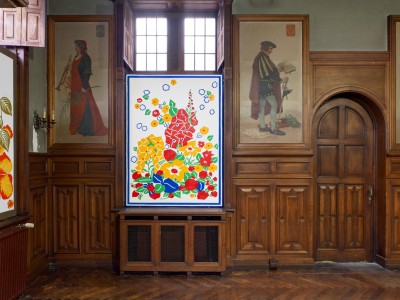 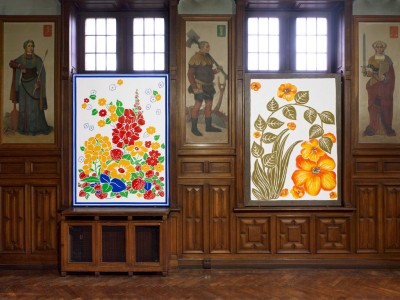 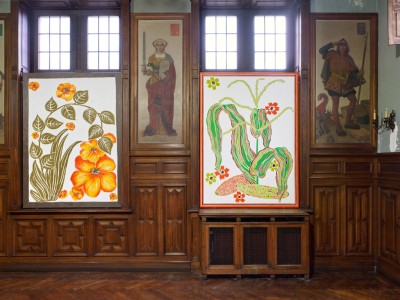 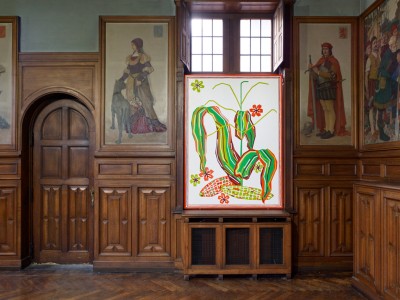 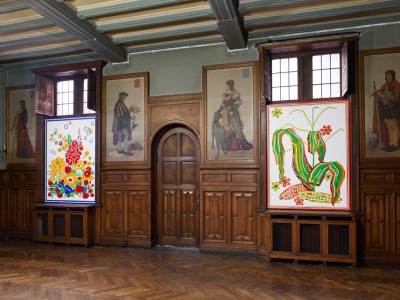 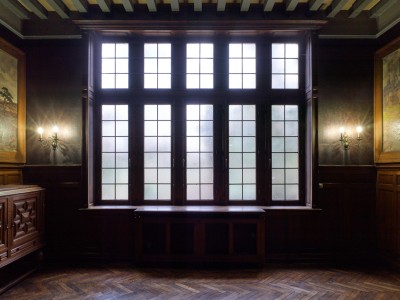 In her solo show Alda & Armand, Leen Voet (BE, 1971) presents a new series of large-scale oil paintings on canvas. The series is based on an intimate transaction: a few years ago, Leen Voet’s father gave her four kitchen towels adorned with screen-printed flowers. The Voet family had received them in the seventies / eighties, during a visit to a local food fair. Her father offered her the towels, rich with memories, on the condition that she would “make paintings of them”. Leen Voet accepted the challenge. She translated and enlarged their pictorial designs on the canvas. The series Alda & Armand consists of three exact reproductions and of four variations, which have been interpreted more loosely or have been geometrically transformed.

In line with Leen Voet’s previous works, this series is a reflection on the process of receiving, accepting and appropriating an assignment, on the rules of art and artistry, and the process of formally reinterpreting certain patterns.
The configuration of the historical spaces of the former Limburg council building which houses CIAP challenged Leen Voet to integrate the paintings from this series as an installation in the window frames. The series enters into a dialogue with the neo-medieval, sensual portraits of the Limbourg painter Jos Damien, commissioned by the architect Paul Saintenoy. 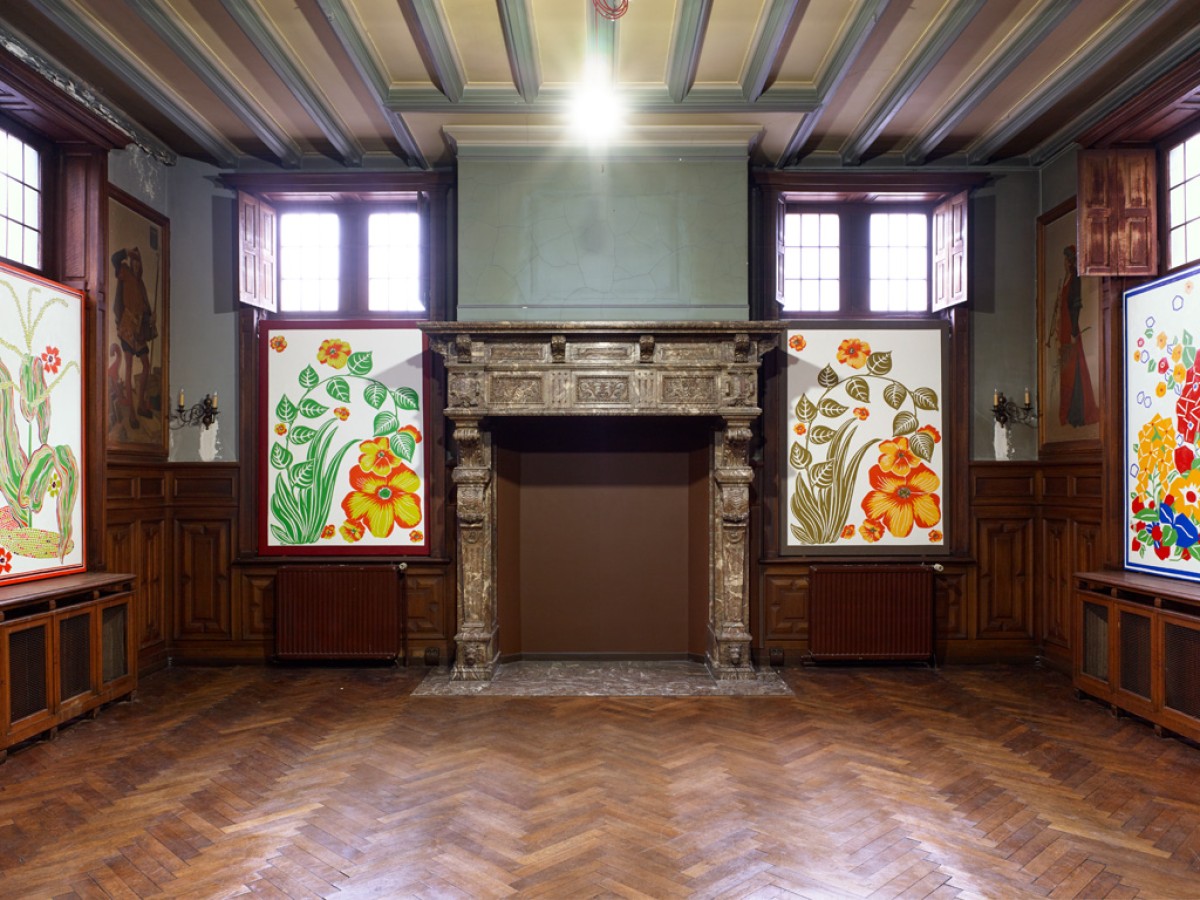 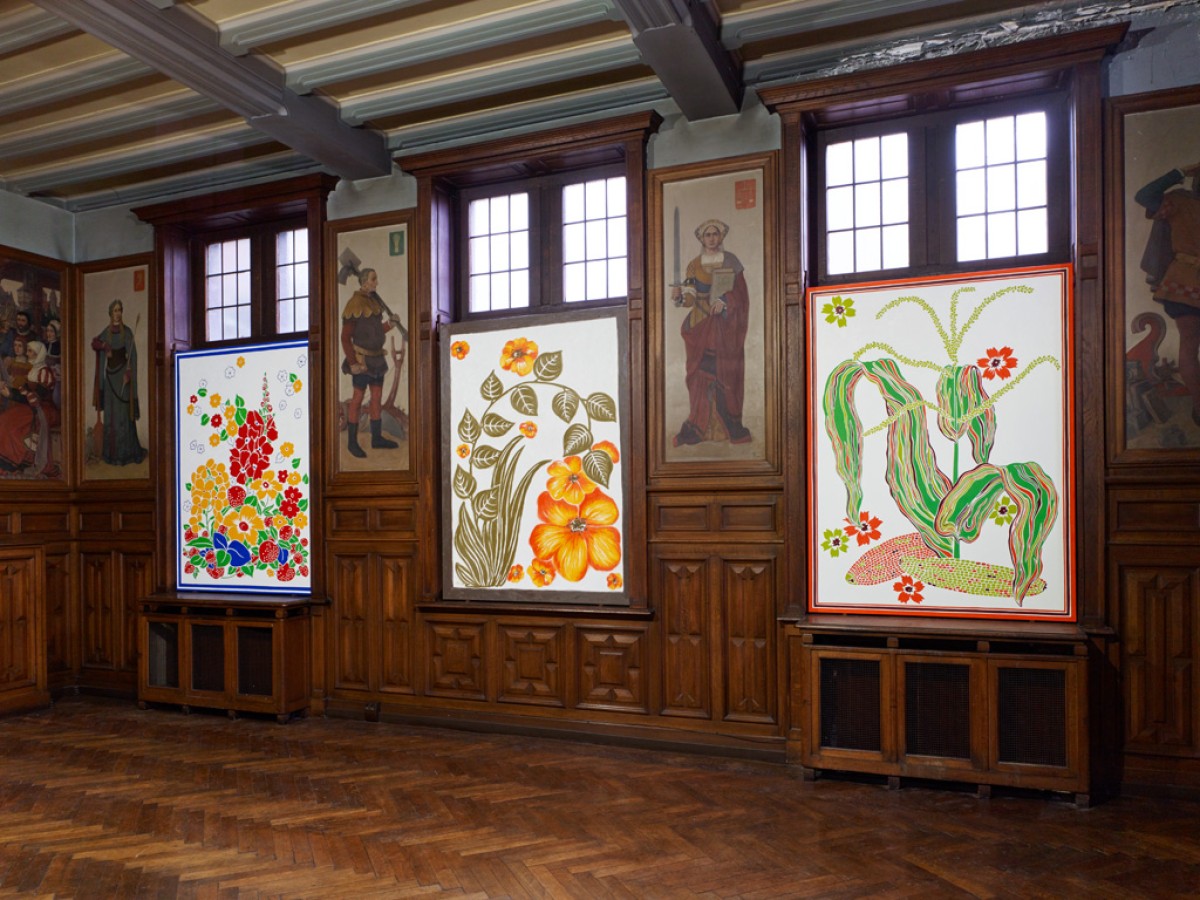 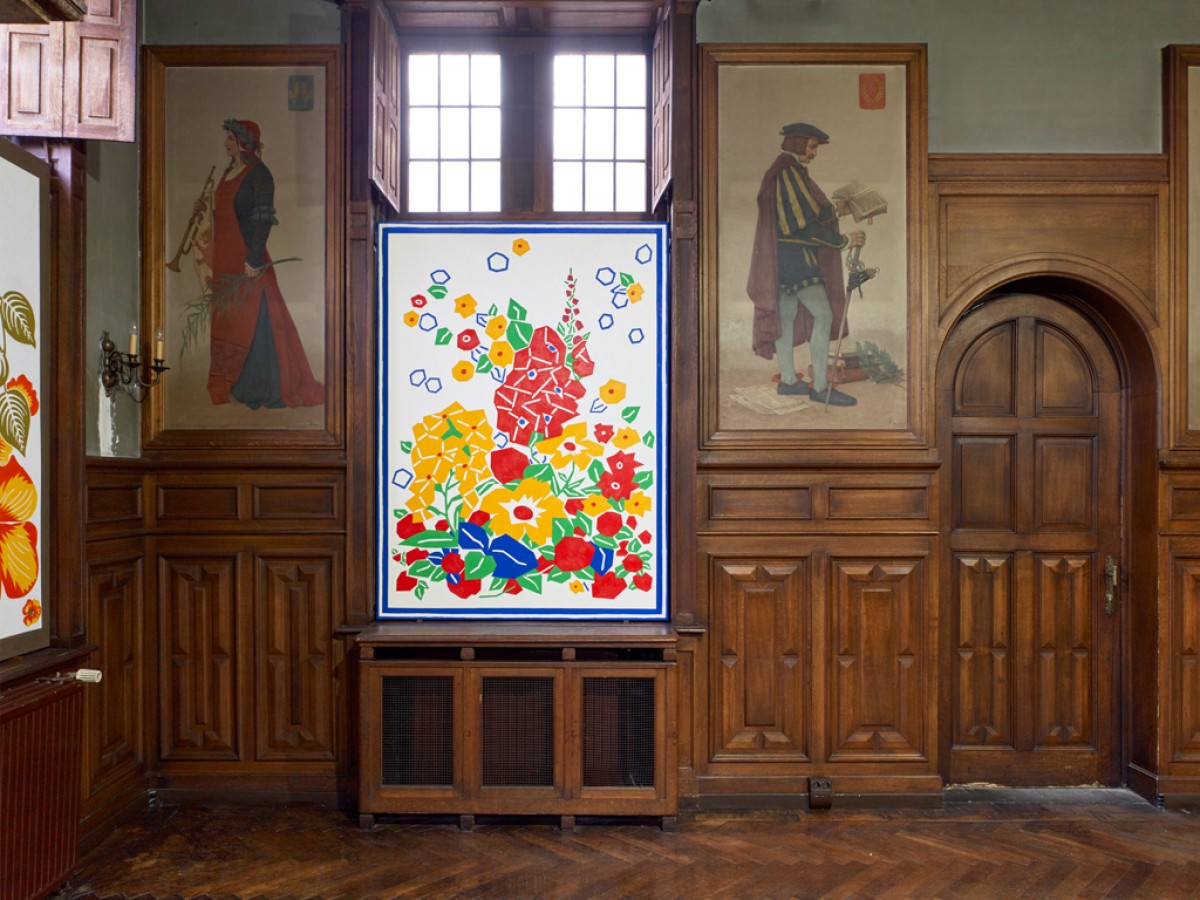 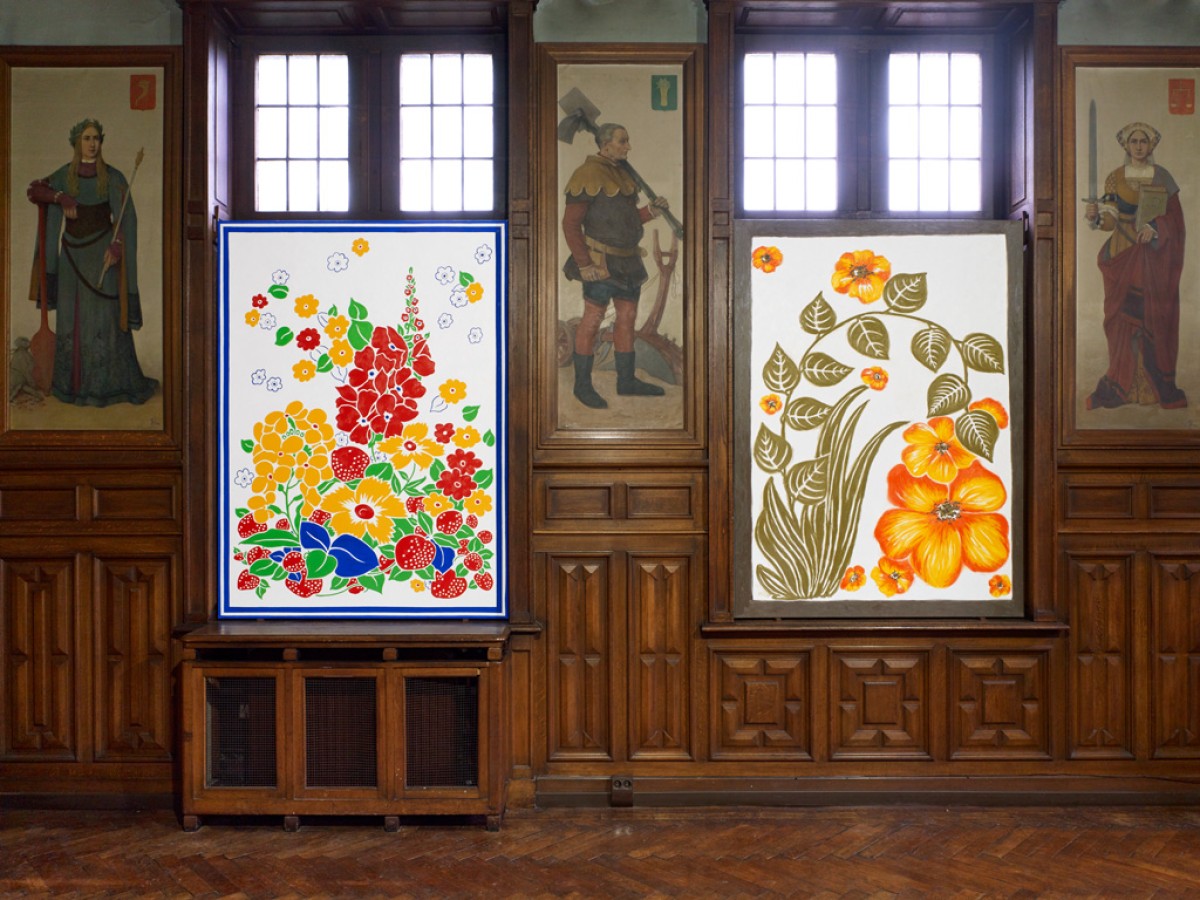 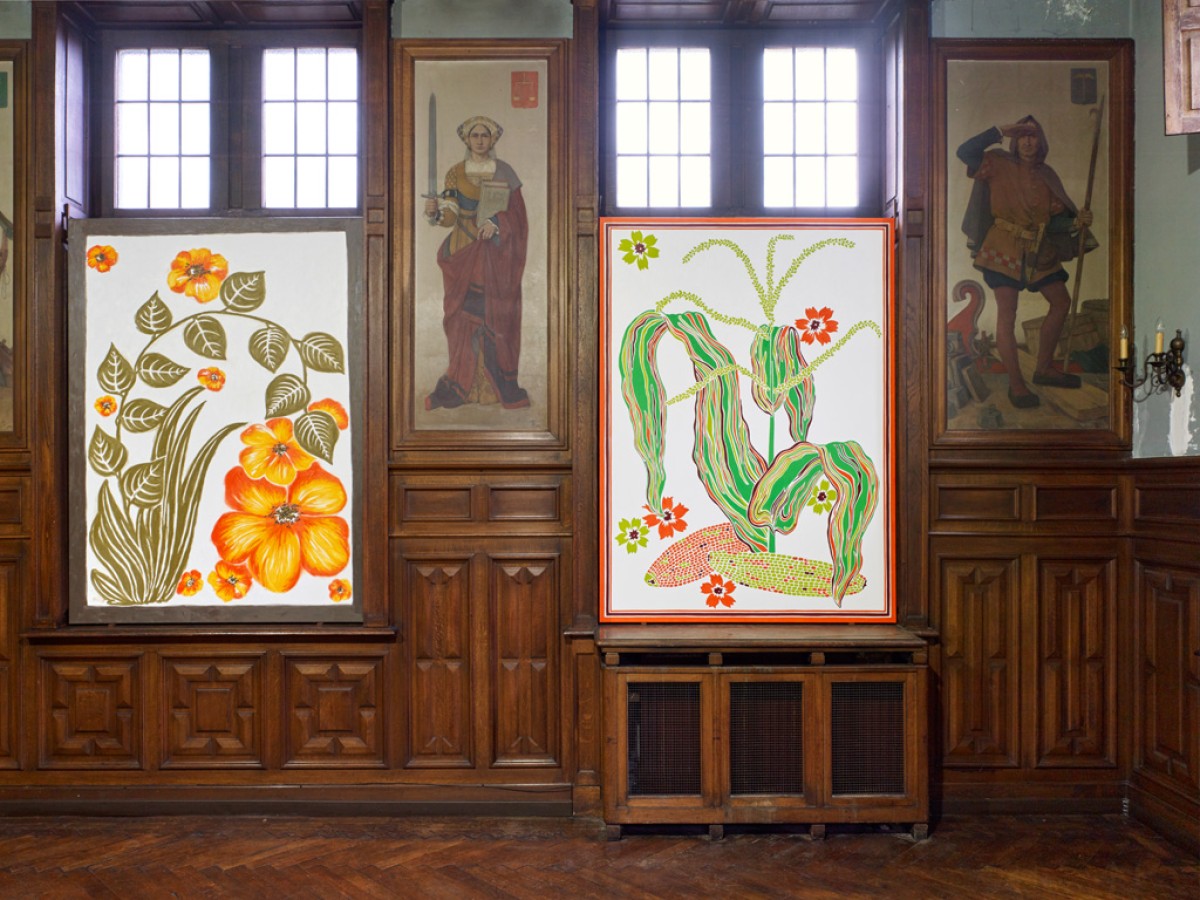 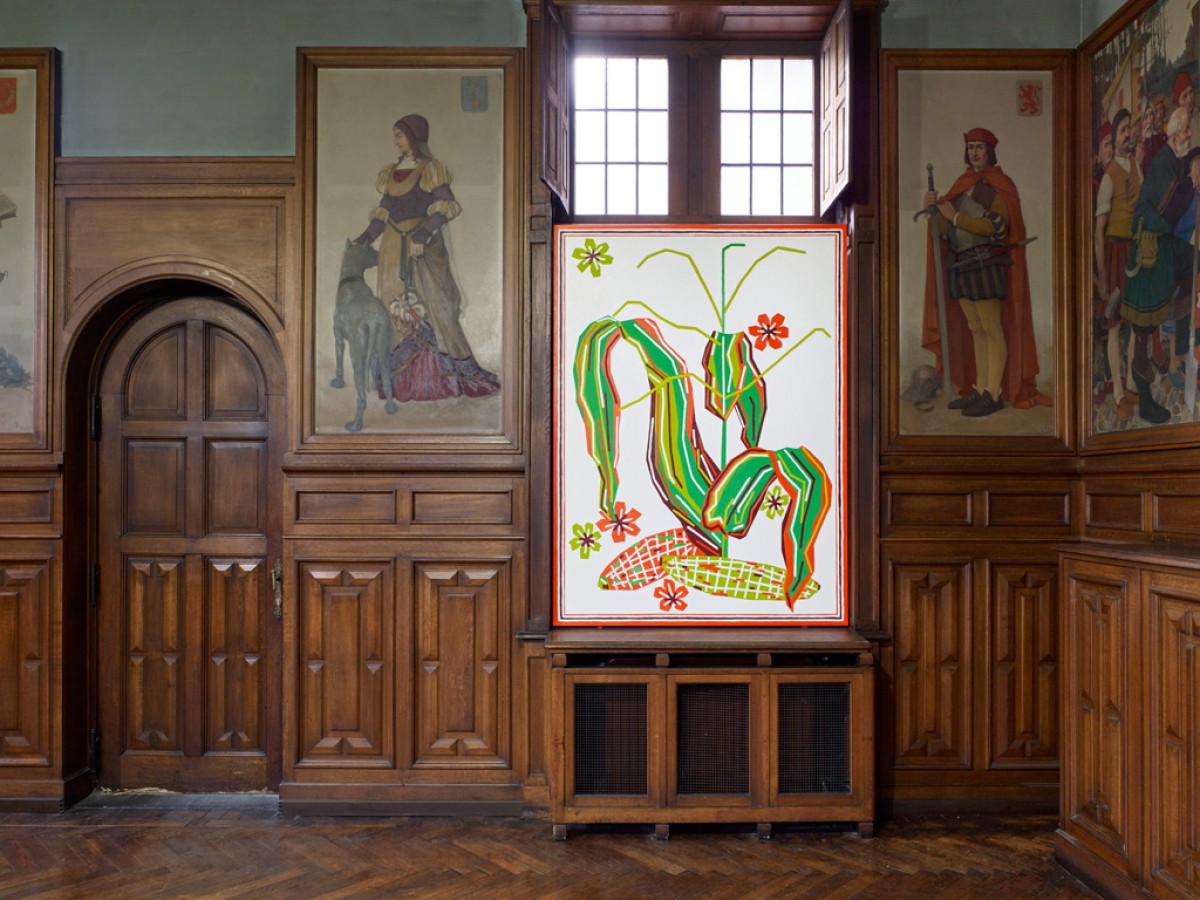 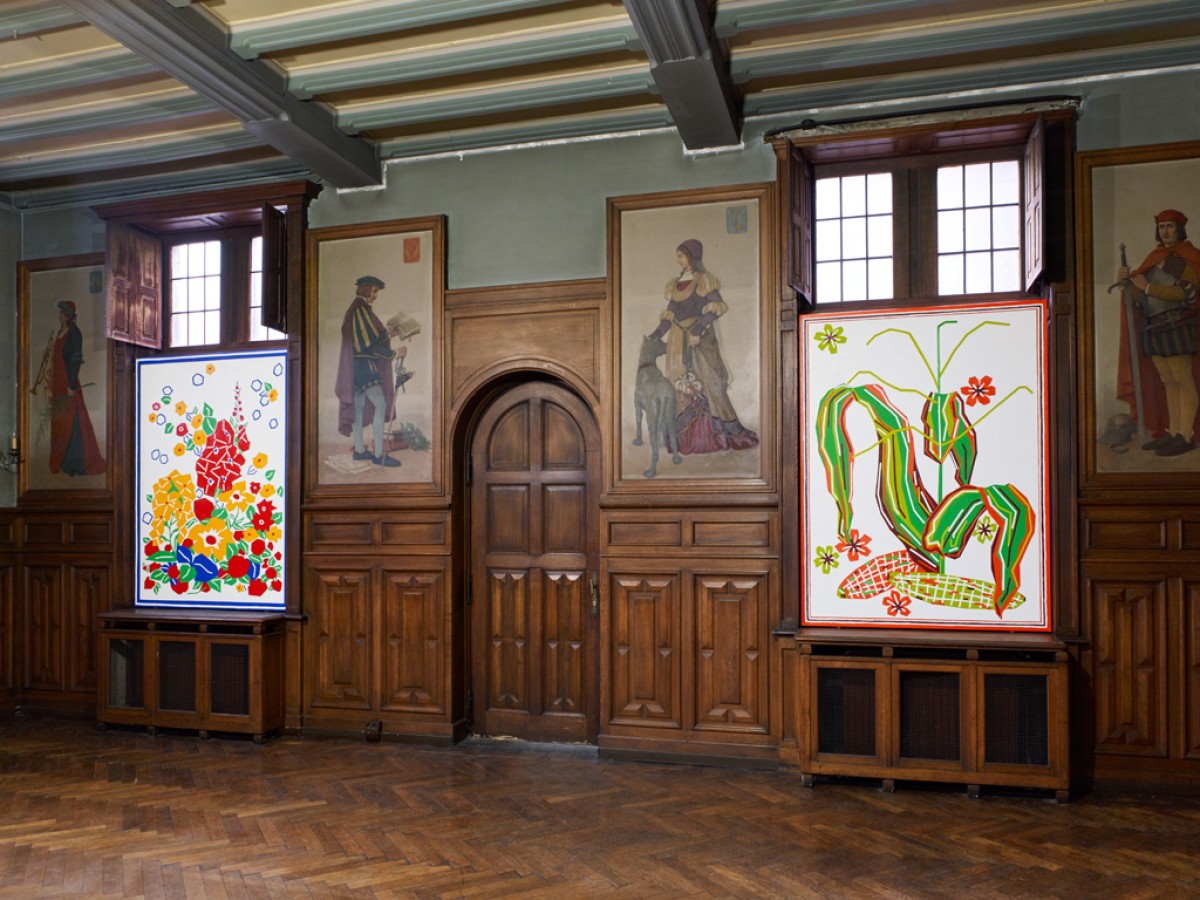 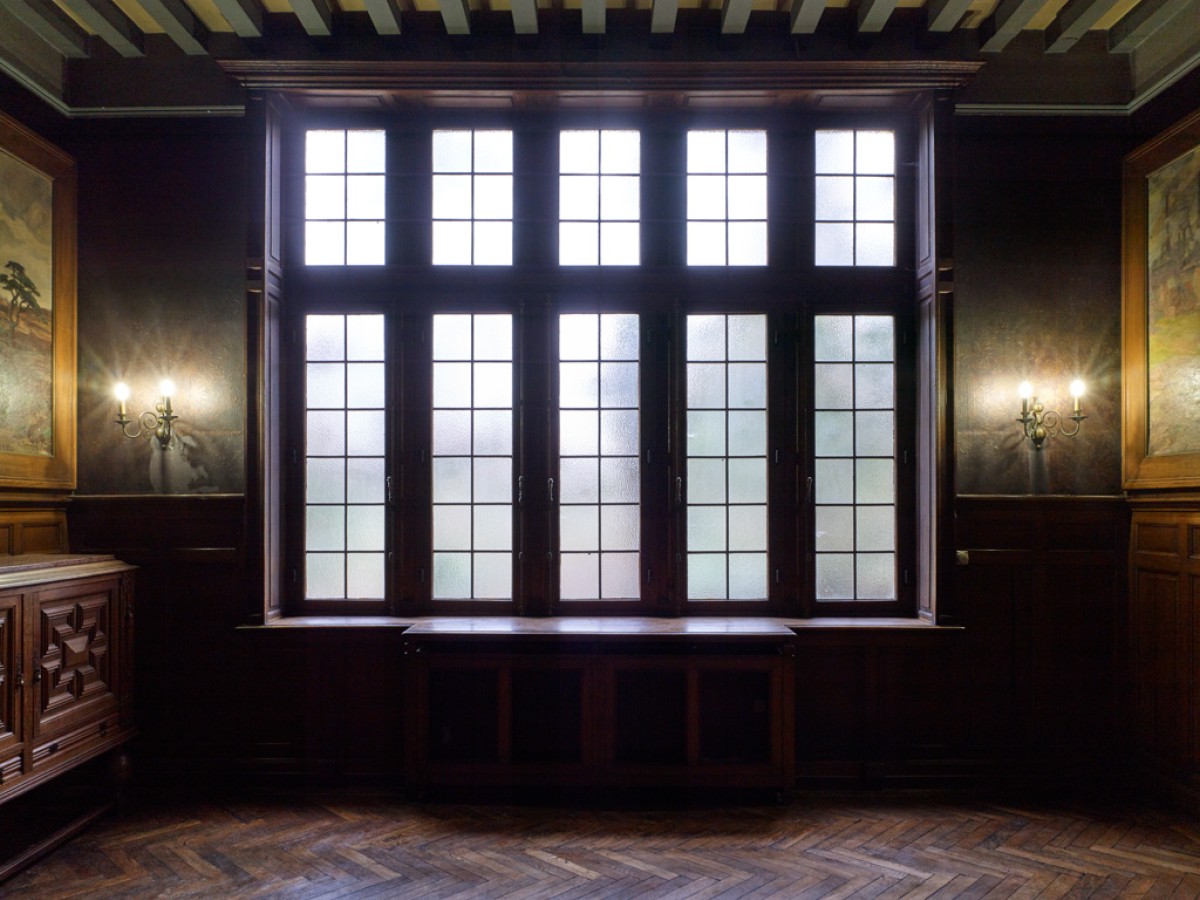